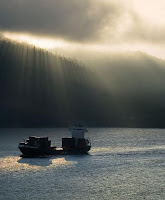 As Obama pursues an old swamp!
At: Borderless Investor
It's Morning In Emerging Markets... #
John Christy writes...
"Believe it or not, the Reagan Revolution is alive and well. Just don't go looking for it in Washington, D.C. Instead try Asia, Latin America or eastern Europe."


"It's kind of like the early days of Reagan in emerging markets," says Justin Leverenz, portfolio manager of the $5.4 billion Oppenheimer Developing Markets Fund. "You see flat-tax policies, deregulation, privatization and productivity improving at a very rapid pace." Read more.

It's everything election GOP stood for. That, and limited bailouts!
Yet, 52% of Americans voted for "change"...
Now, 67% (and rising daily) are deeply in remorse! Read.

Remorse in the US...
The Obama, "We Won"; A.K.A: "never let a good crisis go to waste" admin; is widening Gov. encroachments, and taking America deep into programs, largely being "backed-out of", around the globe... (Image: ace )

Non-partisan consensus votes say, "NO!" But they Rahm them through again, and again, to reach and stop at "yes"... (Sound familiar Europe?)


Trouble ahead as politics replaces market forces... #
Irwin Stelzer, a business adviser and director of economic policy studies at the Hudson Institute, gives this forecast... read.

Note: Full Int'l recovery is essential for ALL Nations... Most believe that to over-accommodate "Government take-overs", will only increase the severity of the recession... And this is sending Obama and his team to the bottom of the swamp! Face it America, Obama leftists are dead WRONG...

Today's Links...
Sweden Gives Up On The Welfare State... #
Redstate writes...
But reality has caught up even with mythical Sweden. Long the iconic end-of-human-social-evolution utopia-of-dreams of domestic "progressives," Sweden is now frantically trying to back itself out of that swamp.
Read Skanderbeg's full article: Here.

Germany calls carbon tariffs 'eco-imperialism':
They violate the WTO: There are two problems -- read more.
Majority of Americans are completely against the timing of Cap & Trade!